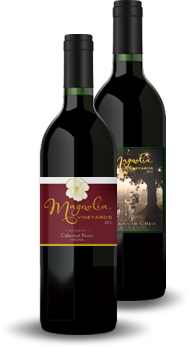 Amissville is an unincorporated community in Rappahannock County in the State of Virginia. It is located on U.S. Route 211 about halfway between Warrenton and the town of "little" Washington. Amissville was originally settled by the English and French Huguenots.

In 1810 the region had developed to the point where a US Post Office was established, requiring the town to be named.  The Amiss and Bayse families both still maintained a significant presence and each wanted the new town to be named after their family.  It was put to a vote and by the margin of a single ballot Amissville beat out Bayseville.

Amissville in the US Civil War -

On July 24, 1863, George A. Custer's Michigan Brigade fired artillery from the slopes of Battle Mountain on Longstreet's and Hill's Confederate troops retreating back south following their defeat at Gettysburg.

Custer's troops were more zealous then tactically sound in this particular instance and, being vastly outnumbered, were forced to retreat off of Battle Mountain and back through Amissville. In an odd note, it was not this incident that Battle Mountain is named for.  Big and Little Battle Mountains were originally named after the Bataille family and the name gradually changed to Battle Mountain over time.

Other action in the area includes a cavalry battle at Corbin's Crossroads in November, 1862. Gen. J.E.B. Stuart's Confederate cavalry were engaged by Federal troops with General Stuart being wounded and barely escaping being killed.

In August, 1862, Gen. Stuart and his cavalry were scouting Maj. Gen. John Pope's Federal Army of Virginia and engaged them outside of Amissville Village.  They were able to surround Pope's army and although Pope was not captured, his overcoat containing his military papers was.

Hawkins Run -
Our property is bordered on two sides by a stream called "Hawkins Run".
Please visit the Tale Of Hawkins' Run page for the full story.